Creamy Cucumber Salad is fresh, crunchy and creamy with cucumbers, dill, yogurt or sour cream. 10 minute salad my grandma made in Ukraine during summer. Also quick and affordable year round. 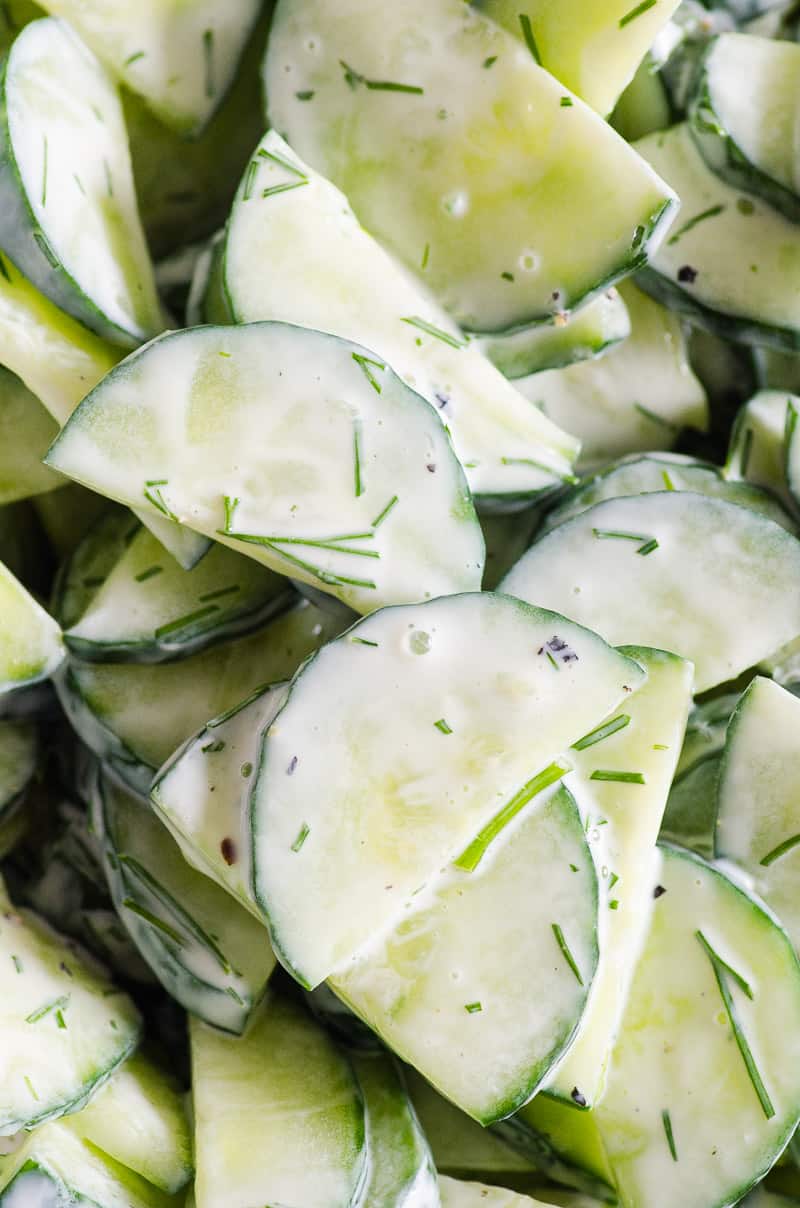 Grandma in Ukraine whipped up all possible cucumber salad variations during July-August while she could. Only cucumbers, with tomatoes, with unrefined sunflower oil, with white vinegar… 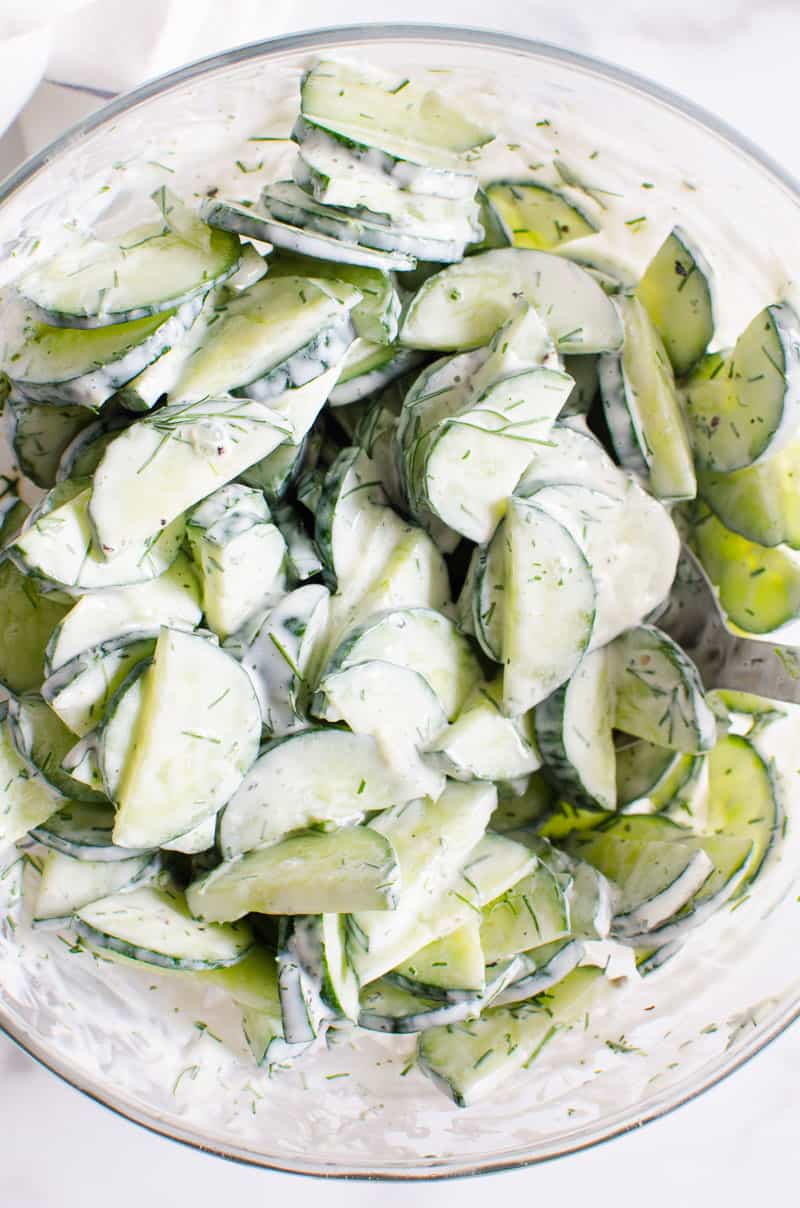 This easy cucumber salad recipe is a perfect quick side dish for summer night dinner, poolside BBQ or unexpected company.

What Are The Best Cucumbers for Cucumber Salad?

English cucumbers. The best part of this salad is that it tastes very good with available year round and affordable long English cucumber. Its skin is soft enough to avoid peeling.

Dill cucumbers would be great during summer months. This is what my grandma used in Ukraine cause that’s only cucumbers we had in July-August. 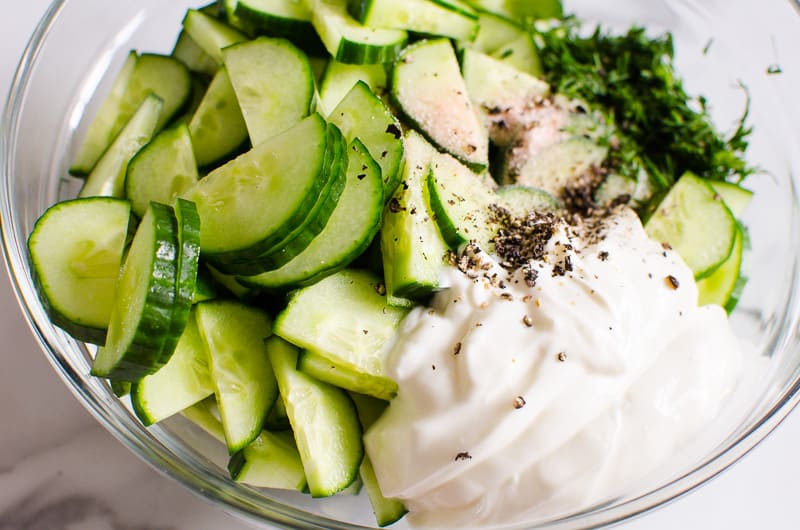 Other Ingredients for Cucumber Salad

How to Make Creamy Cucumber Salad 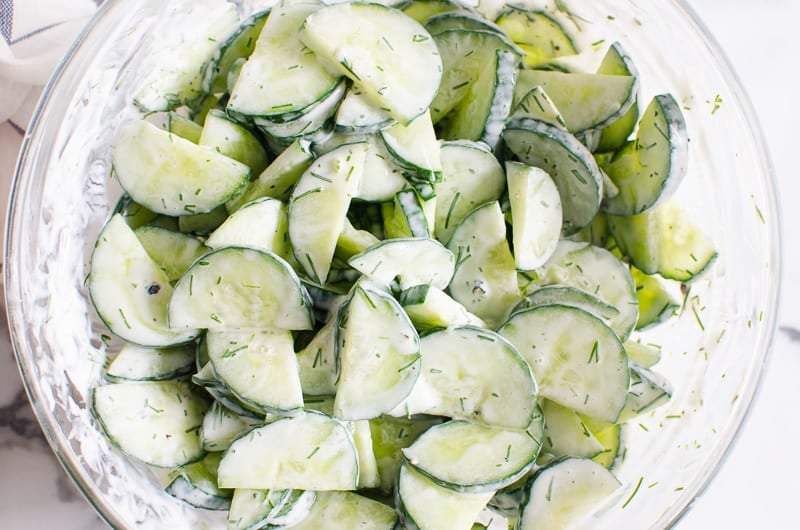 How Long Does It Last?

Cucumber dill salad is best consumed within 2-3 hours. Cucumbers consist of 99% water, so as soon as you add salt they start “leaking”. Photo below shows well how dressing becomes more and more runny and cucumbers lose their crunch.

To make ahead, I recommend to refrigerate chopped cucumber, dill and pepper for up to 24 hours. Add salt and yogurt before serving.

Less watery salad tip: Scraping out seeds will prevent salad from getting watery. No need to do so with small dill cucumbers. 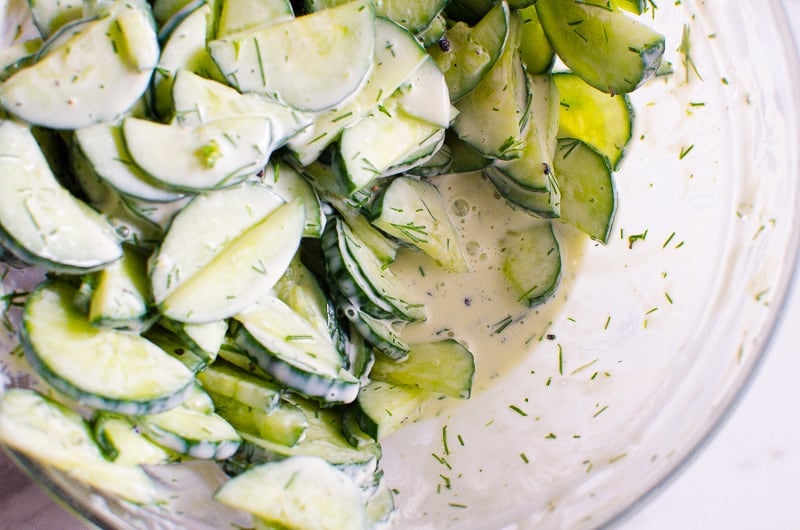 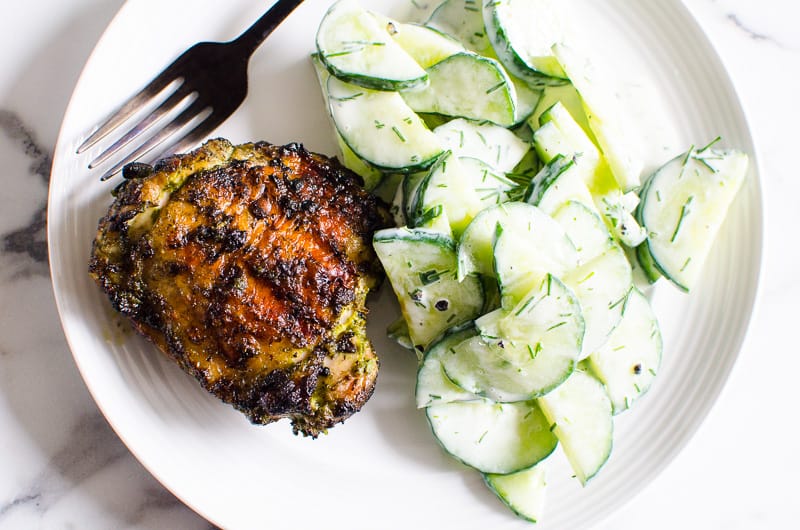 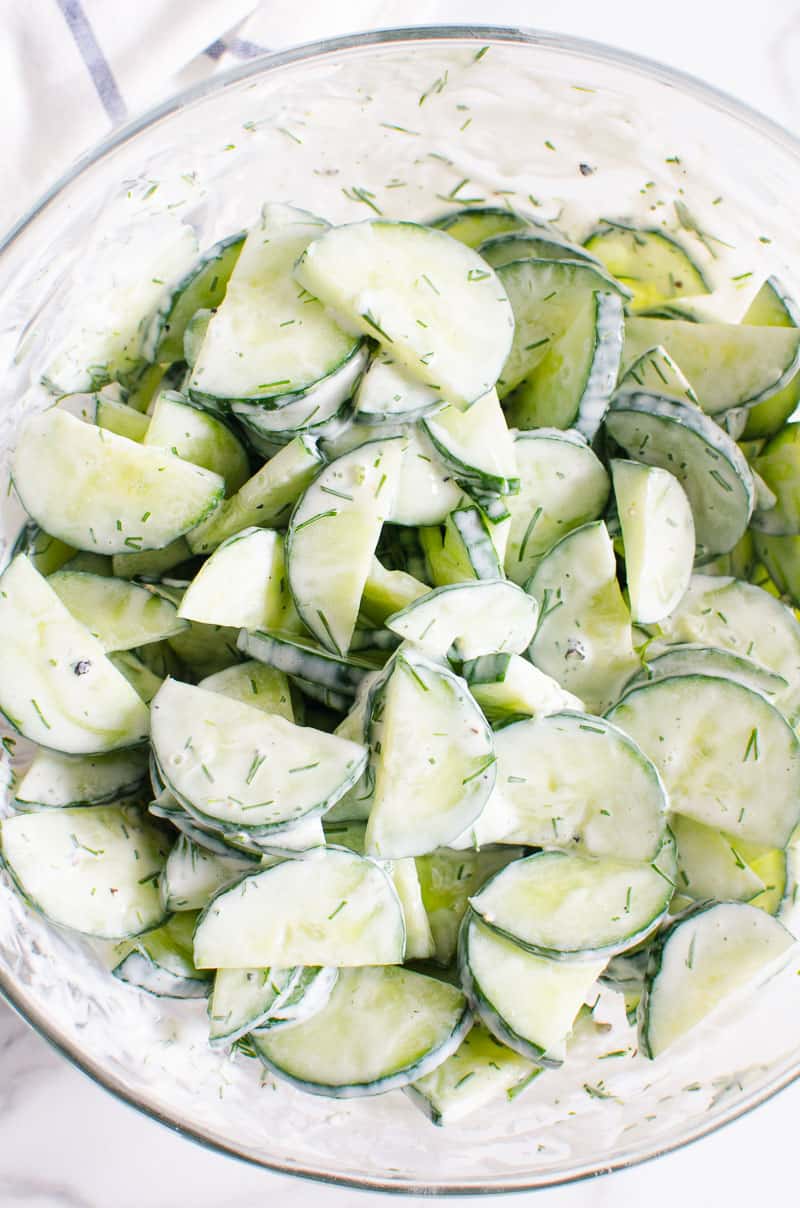 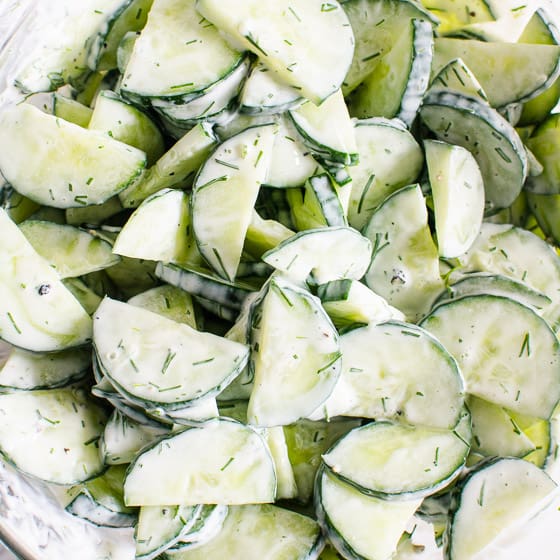 Recipe of the day

We’re all about good recipes, and about quality home cooking that everyone can enjoy. Whether you’re looking for some healthy inspiration or learning how to cook a decadent dessert, we’ve trustworthy guidance for all your foodie needs.
© Food Recipes 2021-2021 All Rights Reserved